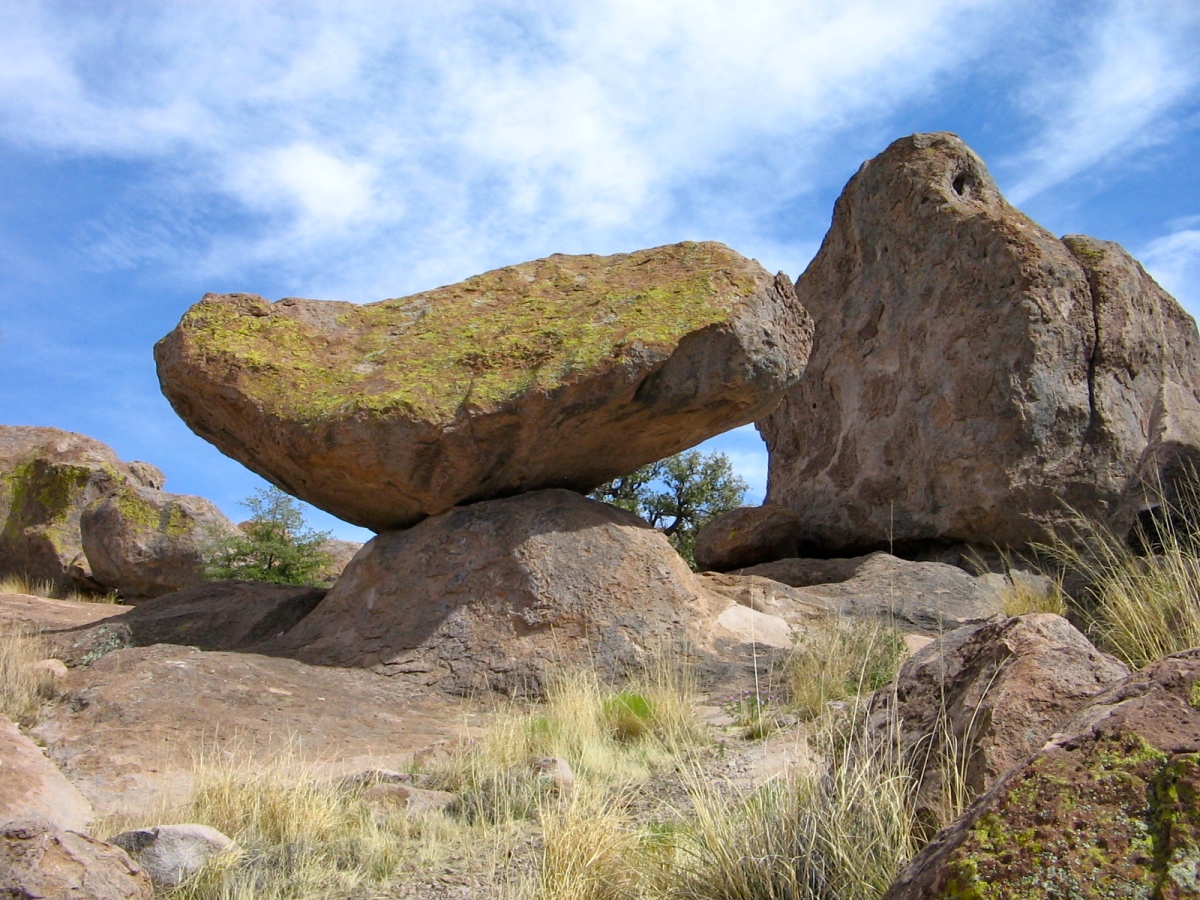 Usually when I post a camping adventure there will be at least one picture that shows our campsite after we get the tent set up. Look closely at the above photo which is last night’s campsite at City of Rocks State Park. Can you see our tent set up? I didn’t think so. The reason isn’t that you didn’t look closely enough. The reason is that when we laid out the tent and poles and inserted the first pole into the slots we discovered that the second pole was nowhere to be found.

We searched in vain for that second tent pole, not wanting to believe that it wasn’t somewhere in the car. It was only later in the evening that our memories were jogged enough that we recalled a repair job last summer to the tent that left the second pole in a crippled state such that it couldn’t be completely folded small enough to fit in the stuff sack with the rest of the tent. Instead of picking it up when we loaded the tent we had left it laying on the shelf in the storage closet! So much for setting up our tent.

One of the main reasons I had wanted to camp at City of Rocks was to enjoy the nighttime display of stars at this remote desert location. I got a little more of sleeping under the stars than I had bargained for. I don’t think I’ve ever slept outside without a tent of some sort. But that is something totally feasible in the dry southern New Mexico climate. It had been windy during the day, but the wind had died down when the sun set and it was perfectly comfortable in our sleeping bags on our air mattresses with only the surrounding rocks, trees and stars overhead as our covering. 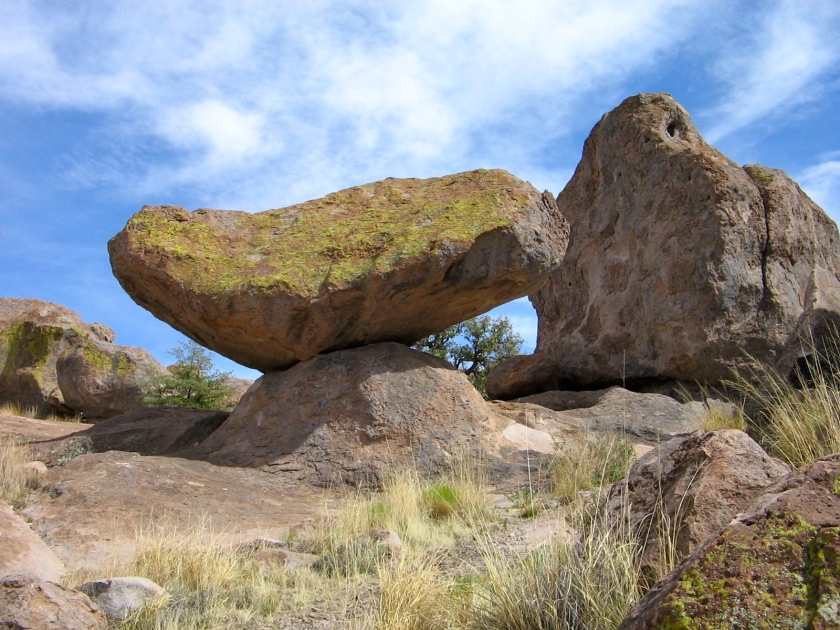 After our night under the stars we set off for a short morning hike, intending to climb the trail that leads to the top of a mesa called Table Top Mountain on the east side of the state park. We almost turned around before we were even halfway, not because it was a difficult hike, but because we nearly stepped on a rattlesnake laying in the trail warning us that we better not come any closer.


He was all coiled up, thankfully loudly rattling his tail in time for us to avoid him. It wasn’t too much further along that we encountered an even larger one, this time raised up pointed right at us ready to strike. We hesitated several minutes wondering if we wanted to sneak around him and keep going, which we finally did. The third rattlesnake we saw was on our way back down and that one seemed content to slowly crawl away. I was glad we persevered and went all the way up, but it wasn’t exactly a relaxing hike when you were worried every minute that you might step on a rattlesnake.
Loading Comments...