The New Mexico Native Plant Society had a field trip to Deming, NM, planned for March 21. Since it’s a bit too far from Albuquerque for a day trip, we had made arrangements to spend the weekend at a motel in Deming. As the day of our departure approached, it was obvious that this was not going to be an ordinary weekend. In fact, the whole week was definitely out of the ordinary.

Every single group activity that the two of us are usually involved in was sending out notices of cancellation. Hey, let’s take advantage of all the free time, was my first thought. And that’s exactly what we did.

We left Albuquerque early Wednesday morning for a hike near Reserve, NM, hoping that the rainy day weather forecast wouldn’t materialize. By 2pm we had completed a 7-mile out and back hike on the Continental Divide Trail just as the rain clouds started to sweep through the mountain pass towards us. A short drive took us into Reserve where we warmed up with hot tea and dessert at a small cafe. 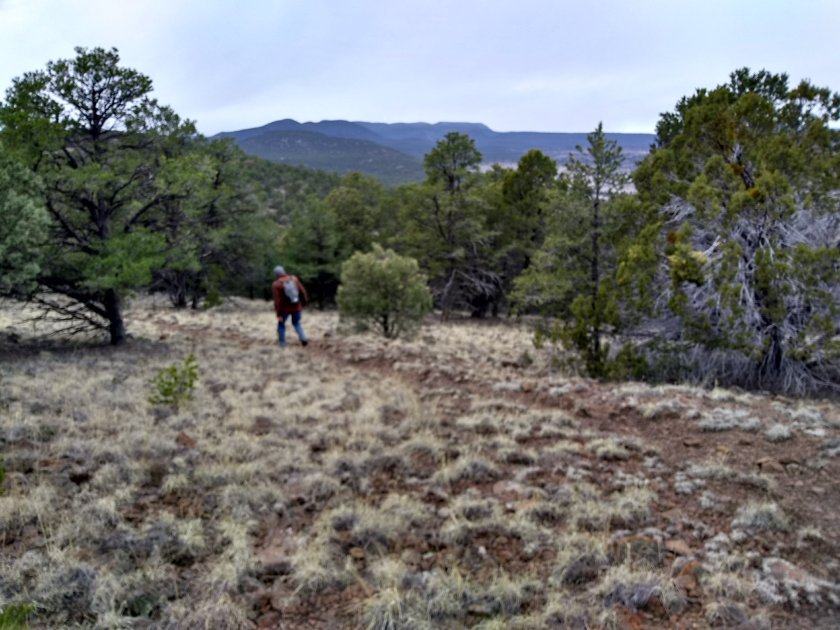 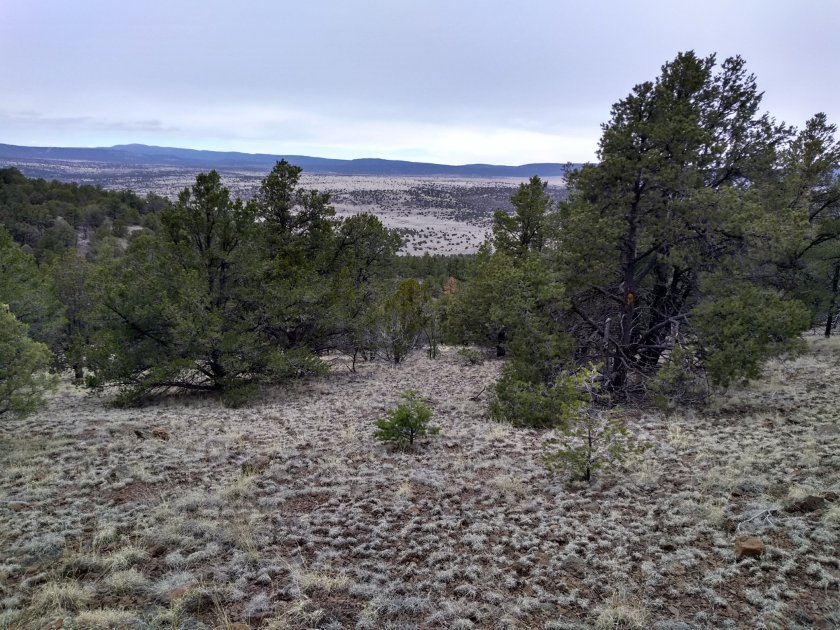 Thursday and Friday we decided to keep with the CDT theme and investigate some of the sections of trail in the Silver City area. Thursday found us at the Jack’s Peak Trailhead where we endured more of an uphill hike to reach a turnaround point at 3-1/2 miles. Jack’s Peak itself could have been reached by exiting the trail and walking on the maintenance road that leads up to the towers on the peak. But we were content to view the peak through the trees before heading back down the way we had come. The rain from the day before had left some lingering morning snow flurries on the mountaintops around Silver City. As the day warmed the sun made short work of the snow on Jack’s Peak but we did catch a glimpse of whiteness. 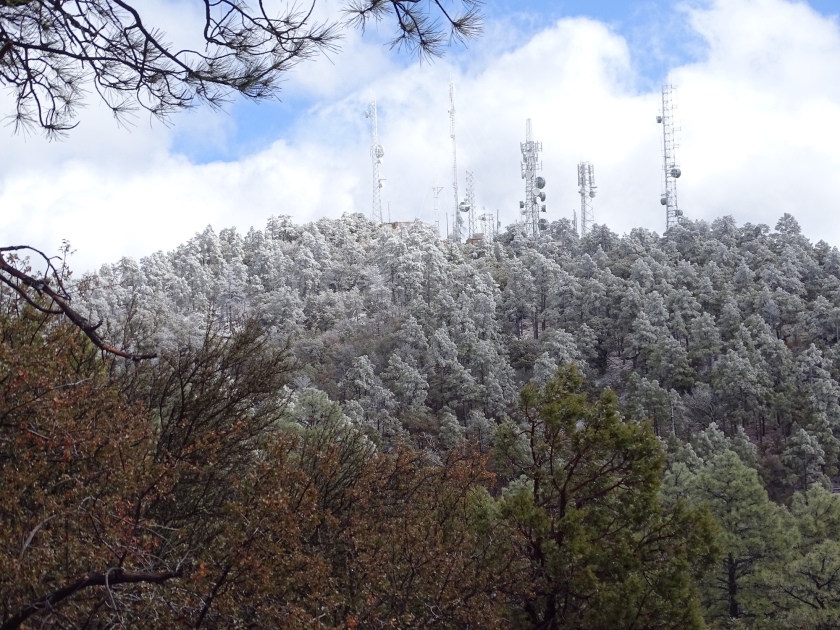 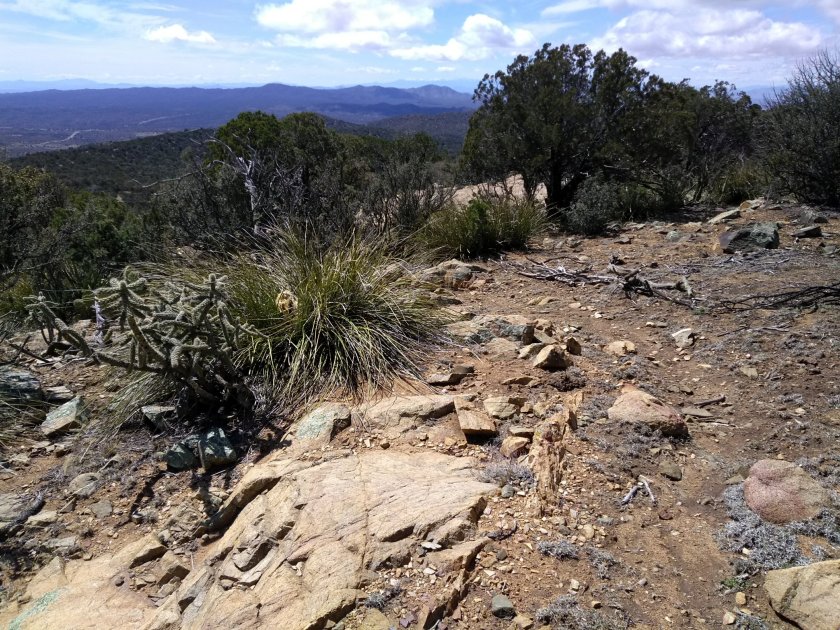 The Gomez Peak Trail System, a popular day use area located in the Gila National Forest a few miles outside of Silver City, was the location of our Friday hike. Once again we didn’t tackle the peak itself. Most of the trails were pretty tame winding around through the woods. One of the trails was an access trail to the CDT so we got on it and then did a short section of the CDT just to keep the theme going. 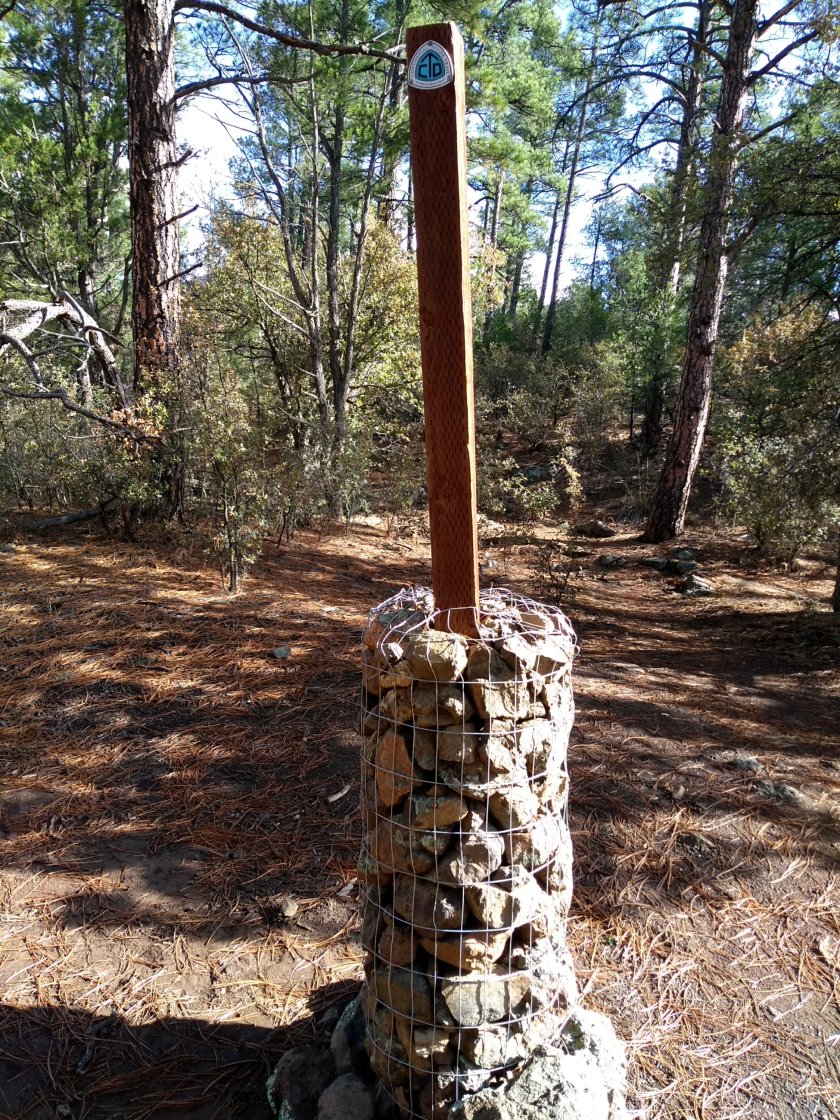 The three days of hiking was an unexpected bonus to the original plan of being in Deming today for the field trip with the flower experts. They may not be hikers but they sure do know their flowers. Conditions were perfect for seeing the springtime bloom of Mexican poppies. We don’t get to see them in the northern part of the state so it is a real treat. In the first picture most of the yellow is bladderpod; the golden color is the poppies.