There’s no morning newspaper waiting for us on our doorstep when we are traveling. This morning we started the day with a different kind of newspaper. The photo above is Newspaper Rock in Canyonlands National Park. I thought I’d seen lots of petroglyphs in various places in New Mexico but I’ve certainly never seen that many on one rock. Even if we could have translated the language it would have been ancient news (Ha Ha).

Really, though, who cares about news when there are hiking trails waiting to be explored. This trip included just a one-day stop at Canyonlands so we couldn’t do a long hike. The ranger at the Needles Visitor Center suggested the Elephant Hill Trailhead where we could hike 3 miles to get good views of the Needles and then 3 miles back out.

We thought we had gotten an early start but when we arrived at the trailhead at 10:00am and the temperature was already 85 degrees I knew it was going to be a sweaty endeavor. I was wishing I had brought 3 water bottles, instead of 2. Fortunately, Lee was carrying an extra one. Before we got back to the car I had used all my water and was sharing some of his.

I had expected that since this is one of the popular National Parks there would be a lot of people, but it was relatively deserted. Maybe most people are smarter than we are and don’t hike in Canyonlands in August. It was 100 degrees when we got back to the car. I didn’t know my body could produce so much sweat. But we survived and it was worth it to enjoy the awesome red rock formations. 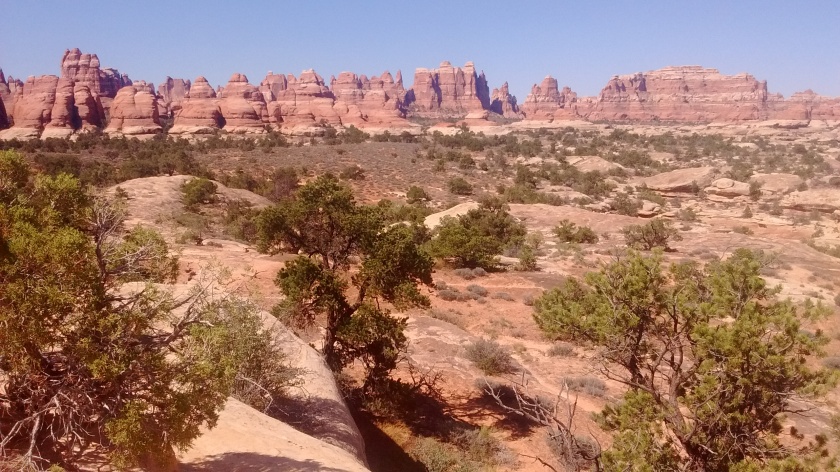 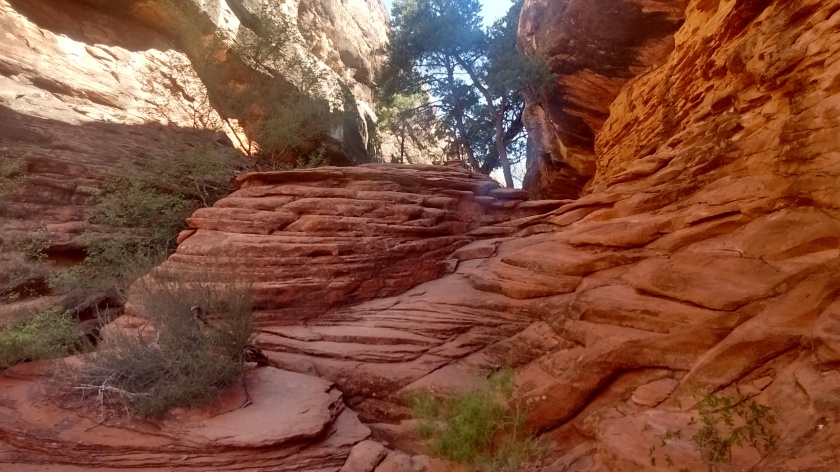 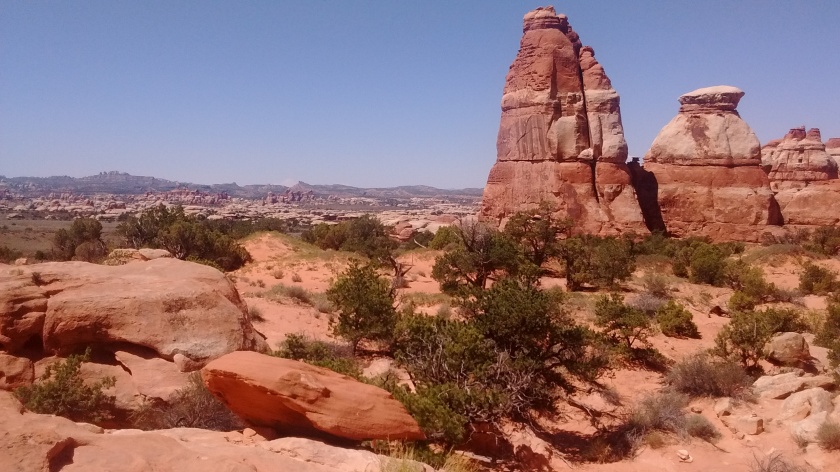