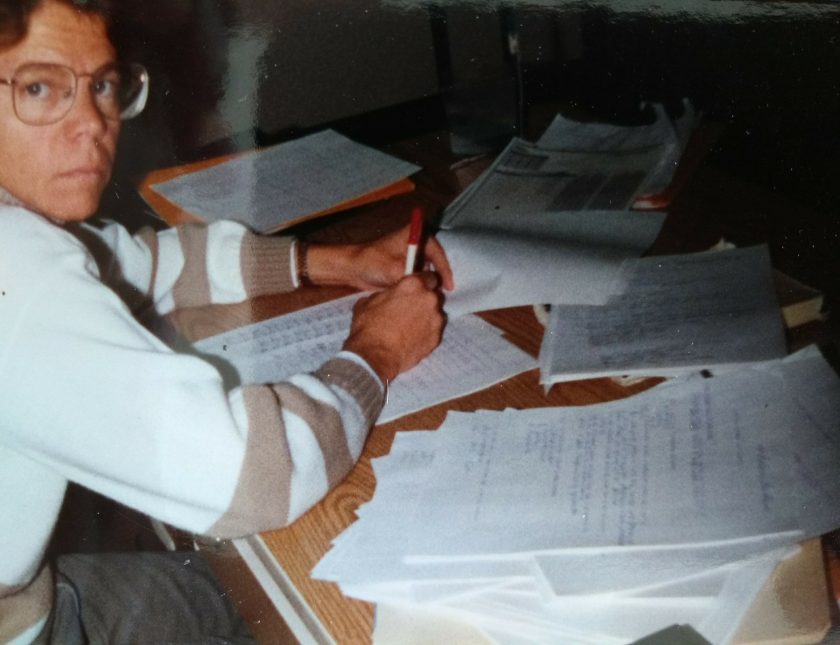 What do you want to be when you grow up? I’ve never had a good answer to that question. The best I could do would be to tell you what I didn’t want to be. For example, I knew I did not want to spend my life on a farm or even living in the country or in a small town. I grew up on a farm and always loved being outdoors but I wanted to live and work in a city, the bigger the better. Fortunately, I was a good student, smart enough to get scholarships and work study to pay for a college education. I chose the biggest college in Michigan and couldn’t wait to leave the farm and begin my new life.

I had to choose a college major and decided on math because I enjoyed it and I was good at it. But I didn’t know what kind of job a person could get with a math degree except maybe to be a math teacher. And I knew for sure that I never wanted to be a teacher. I just wanted to sit by myself somewhere in a corner and figure out math problems. Or maybe sit and read a book because that was another favorite activity. Whenever my school schedule allowed for electives I took literature classes. Those literature classes would become important later on, though I had no idea at the time.

I was a serious student, not a party girl, and got good grades all through my four years at Michigan State. In June of 1972 I was finished with college, having earned a Bachelor of Science degree in Mathematics. But I had no idea what to do with my college degree. The 70’s were a time when college students were protesting against the American way of life and I had gotten caught up in the spirit of the times. I didn’t want to be a part of what we called the “military industrial complex,” which meant going to work for an American corporation, as many of my fellow college graduates were doing. In the summers of 1970 and 1971 I had worked on Isle Royale National Park, where during free time my friends and I would go hiking and backpacking on the island’s many trails. In the summer of 1972, not bothering to attend my college graduation ceremony, I went to work for the third summer on the island, taking in my backpack everything I would need to live a life of wandering. My plan was that when the summer of work ended I would hitchhike to California. And that’s what I did.

Fast forward to 1977. I was living in Hobbs, New Mexico, married with 2 children, having worked a few odd jobs over the intervening years, but no jobs that made use of my college degree. I decided that it was time to do something with the degree and there was a small four-year college in Hobbs. They offered a program for earning a teaching certificate and, because I already had the 4-year math degree, I wouldn’t need to take too many additional classes to get certified to teach math as my major. It was required to also have a minor and that’s when the elective literature classes I had taken helped me out. I needed just one more English class to have enough credits for an English minor. I took an English grammar class plus the very boring education classes that were required and earned the certification within a year. I still didn’t see myself as a teacher but I figured it would be a way to get a start on a career path using my math degree. I never imagined that I would end up being a math teacher for 14 years but life has a way of not turning out like we expect. In 1992 I finally was able to say goodbye to life as a math teacher and start down the road to another life change. However, I still wouldn’t have an answer to the question “what do you want to be when you grow up?”