We have hiked countless trails in New Mexico since we moved here, but, until today we had never done the hike that leads to the summit of Wheeler Peak, New Mexico’s highest point at 13,161 feet. It came up a number of times in discussions of things we needed to do, but somehow we never fit it in. The trailhead at Taos Ski Valley is a 3-hour drive from Albuquerque, too long to make it a day hike. We could camp overnight somewhere nearby or get a motel in Taos. Funny thing is, when we finally made it happen it was a spur of the moment decision.

We had two days in a row with nothing scheduled and decided Taos would be a nice getaway. Wheeler Peak was a possibility, but not something we felt we had to do. A couple of years ago we had hiked partway up the trail as far as Williams Lake. We knew the lake would be a nice destination on a hot summer day. We could try for the peak, but if we didn’t make it, we wouldn’t berate ourselves.

Well, it was some work but now we can congratulate ourselves that we bagged that rugged, imposing peak. It’s 4 miles to the top, starting at 10,000 feet elevation, for a 3000+ elevation gain in those four miles. We had been warned about the winds and cold temperatures up there and came prepared. Even so, it was almost impossible to stand more than a few minutes on the summit point. Views from that elevation are astounding but, unfortunately, today’s skies were overcast during the time we were up there and our summit photos didn’t turn out so well. I was just thankful that a rainstorm didn’t develop, which is a frequent occurrence in the summer. 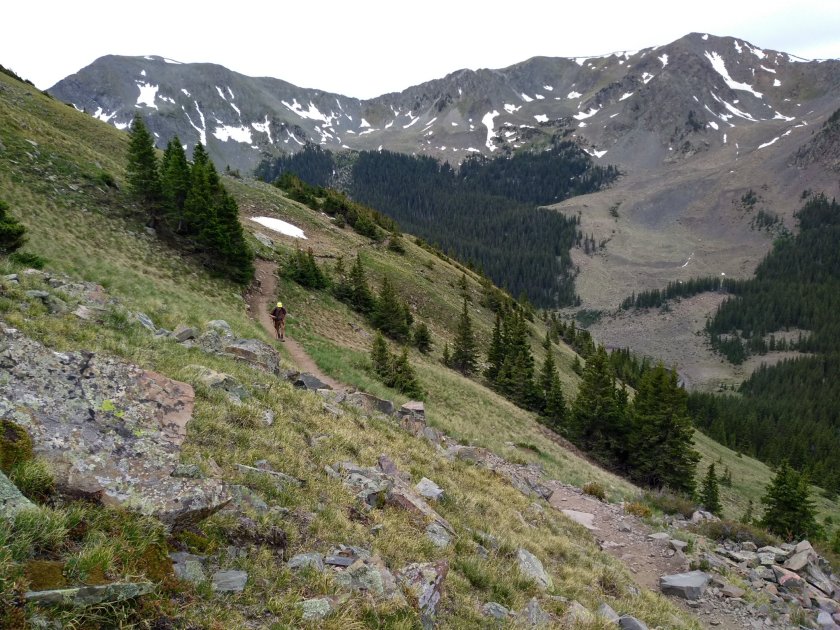 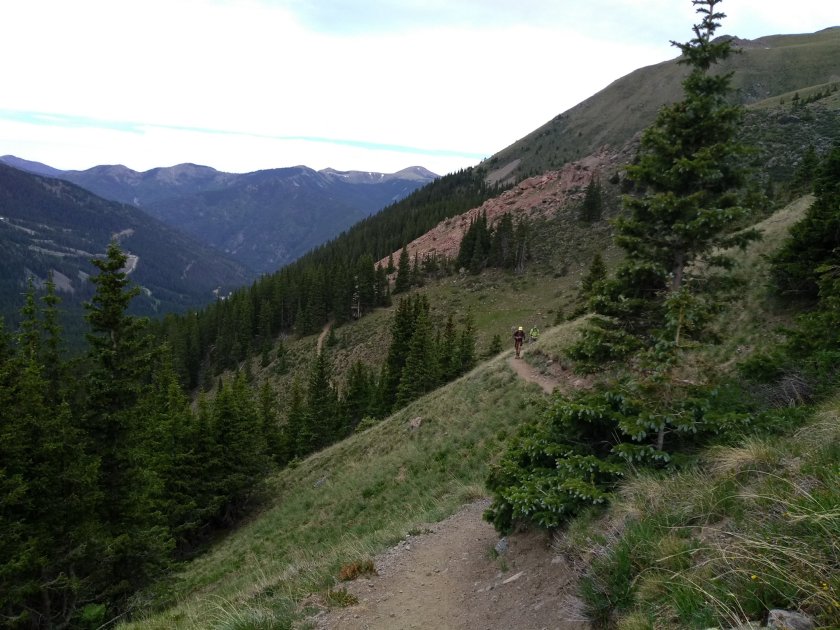 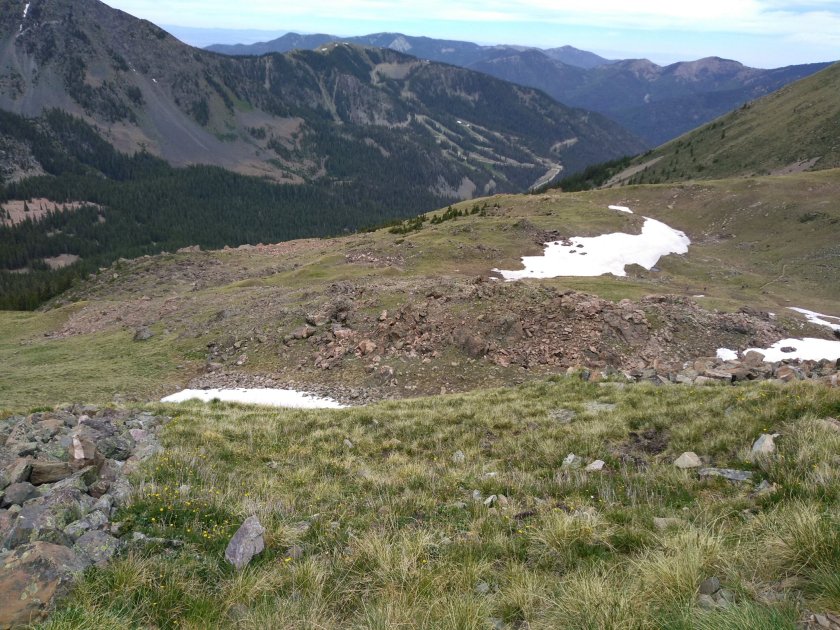 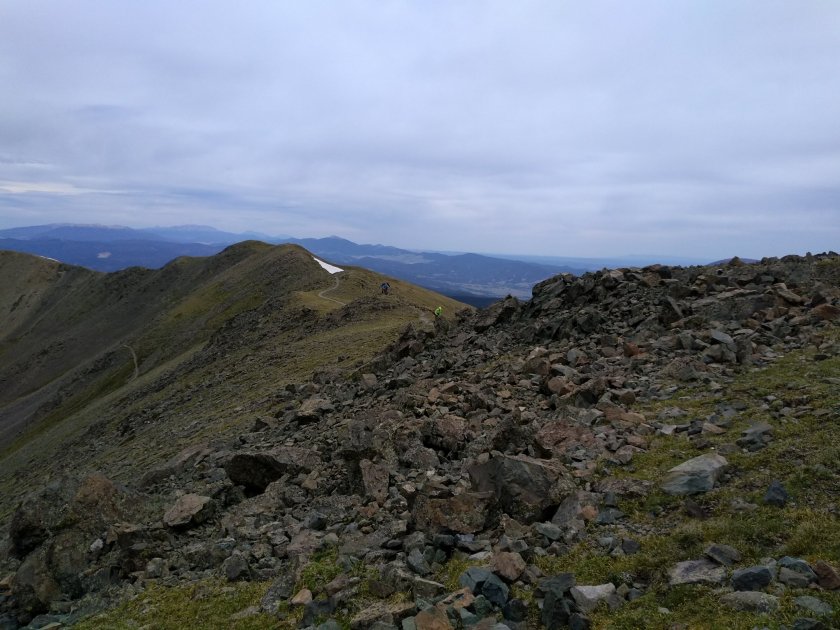 We spend so much time traveling to explore other places that I often forget  what treasures we have right in our own backyard.  After putting a lot of miles on our car the past two weeks of travel in Texas we weren’t in the mood for doing a hike that would involve hours of driving.  The 10K Trail is easy to get to from town and high enough in elevation to get us out of Albuquerque’s expected 90-plus temperatures today.  We have hiked there many times and, although any outing in the mountains is welcome, I wasn’t expecting anything special.   But we hadn’t been on the trail for very long when I realized that, yes, as many times as we’ve been here, and as close to home as it is, this is a special place.

Usually we head north from the trailhead and climb up to the Del Agua overlook.  Instead, I checked some maps and the Albuquerque Senior Center Hiking Group page to see what kind of hikes we could come up with if we went south.  There was a nice 5 1/2 mile loop that followed 10K South to the intersection with the Tree Spring Trail where it then headed up to the Crest Trail to begin the loop back north.  It took us past the Tram station and on two different side trails that we didn’t even know were there.

Normally, there would be crowds of people around the Tram station, but the Tram has not yet reopened.  Except for some ongoing construction work it was deserted.  There are a lot of trail access points everywhere in the Sandias for both hikers and bike riders.  We encountered more people than we do on our usual getaway hikes but there is plenty of room in the outdoors to safely accommodate everyone.

There is just nothing that comes close to the refreshing sights and sounds of a mountain trail.  And this one has the added benefit that it’s only a short drive back to town where we could make a stop for ice cream.  We sure needed it since the temperature back here in the desert had reached 99 by the early afternoon when we finished our hike.